Are you asking about app size? (by Delphi for Android)

You're asking about app size? Not a news. Since Delphi 1 people're  asking "why Windows calculator is 33 kb, while Delphi version of the same exe is 300 kb"? Then and now it's a question not about technology. Are you asking about the technology? Technology is so, that some additional megabytes give you cross-platform development tools, and freedom to your customer, where to run you app: iOS or Android. Some megabytes worth it.

You're asking about app size? You don't care about how easy it is now to develop on the single code base and very often as SINGLE CODE for Android and iOS? You should know, that app size is NON-FUNCTIONAL quality. Developers care about functionality, because it is paid. Journalists are paid for number of lines. Programmers are paid for number of lines. Nobody's paid for more or less megabytes.

You're asking about app size? You're saying "hello world" is too large? Are you going to develop and sell "hello world" apps? No? The main task is fast multi-platform delivery of true-native mobile apps to the market. Bright, interesting, commercially successful apps, not "hello world". With Delphi you can go beyond "hello world" very fast. Multi-device apps, multi-platform apps, enterprise-ready mobile app to run on every employee BYOD devise worth 1 or 2 seconds of download time.

You're asking about app size? Do you care about app size when downloading mobile Twitter, FB and other? Why do you think of app size of your apps? App size is not linear, so just start making functionally rich apps with stunning true-native interface. The size won't grow as fast as functionality and number of controls in use. Having seen the bright idea behind the app and user friendly true-mobile-platform-specific interface, your customers will never ask about the app size, as they don't care about your desktop executable file size.

You're asking about app size? Let me ask about file size of your desktop applications. If I double the file size of your "SuperDuper.exe", who will notice? Will you be paid less? Of course, you're paid for functionality.

You're asking about app size? Let me tell you funny story. I knew a developer team, which inserted special "delay" with "progress bar" to let the users "feel the process of running the application on the splash form". They wanted their app seem large and then "functionally-rich" to the customer, not to feel sorry for the money paid.

You're asking about app size? Let me ask you about app size. For example, your Windows 7 – how much place it needs on your hard drive? Microsoft Office you possibly use? How it grows from one version to another? How often this question is asked about commercially successful solutions? People value and pay for functionality, not for abstracts mega-kilo-bytes.

You're asking about app size? If you hire a developer, "what's your weight" is the last question to ask. The main point is skills or how much your app can do.

You're asking about app size? I'm happy, there is no other question between you and new great world of mobile true-native cross platform development for Android and iOS on the single codebase.  App file size is a bit bigger, but satisfaction of your potential customers will be incomparably bigger. Between "no app" or "app + some extra megabytes" is a big difference in terms of time and money. Your choice.

You're asking about app size? You're greedy about some megabytes? Let me discuss the other arithmetic. Simple formula. "+" is plus, "-" minus, "=" means "results"
"Time for you to start Java" + "Time for you to start ObjectiveC" – "money while your customers are waiting" – "money your competitors get while you're learning" = "failure". This is the true arithmetic for developers, not WiFi or USB elf, who sends bytes from your desktop/app store to the device of your customers.

You're asking about app size? Do you feel nostalgia about assembler? RAD tools is a great invention like your car, consuming petrol; like your PC, consuming electricity; like your wife, consuming your salary… The point is how effective is the correlation between "consumption" and "positive effect". Positive effect for true-code-native, the same GUI cross platform development is far beyond some miserable liters of petrol in your car tank, when you speed up your mobile development.

You're asking about app size? Think of yourself, rather than app size. Who can now say, your skills are old-fashioned and desktop oriented? You're a Delphi professional, it means you're ready for Windows, Mac OS, iOS and finally Android. With XE5, of course:)

Sorry for many words. You may say it's a "pure evangelism". Not really. Short version.

Your customers pay for functionality, not megabytes. Start functionally enrich your mobile apps with Delphi, because your Delphi skills happened to be 100% compatible with Android and iOS. With XE5 it's really so. 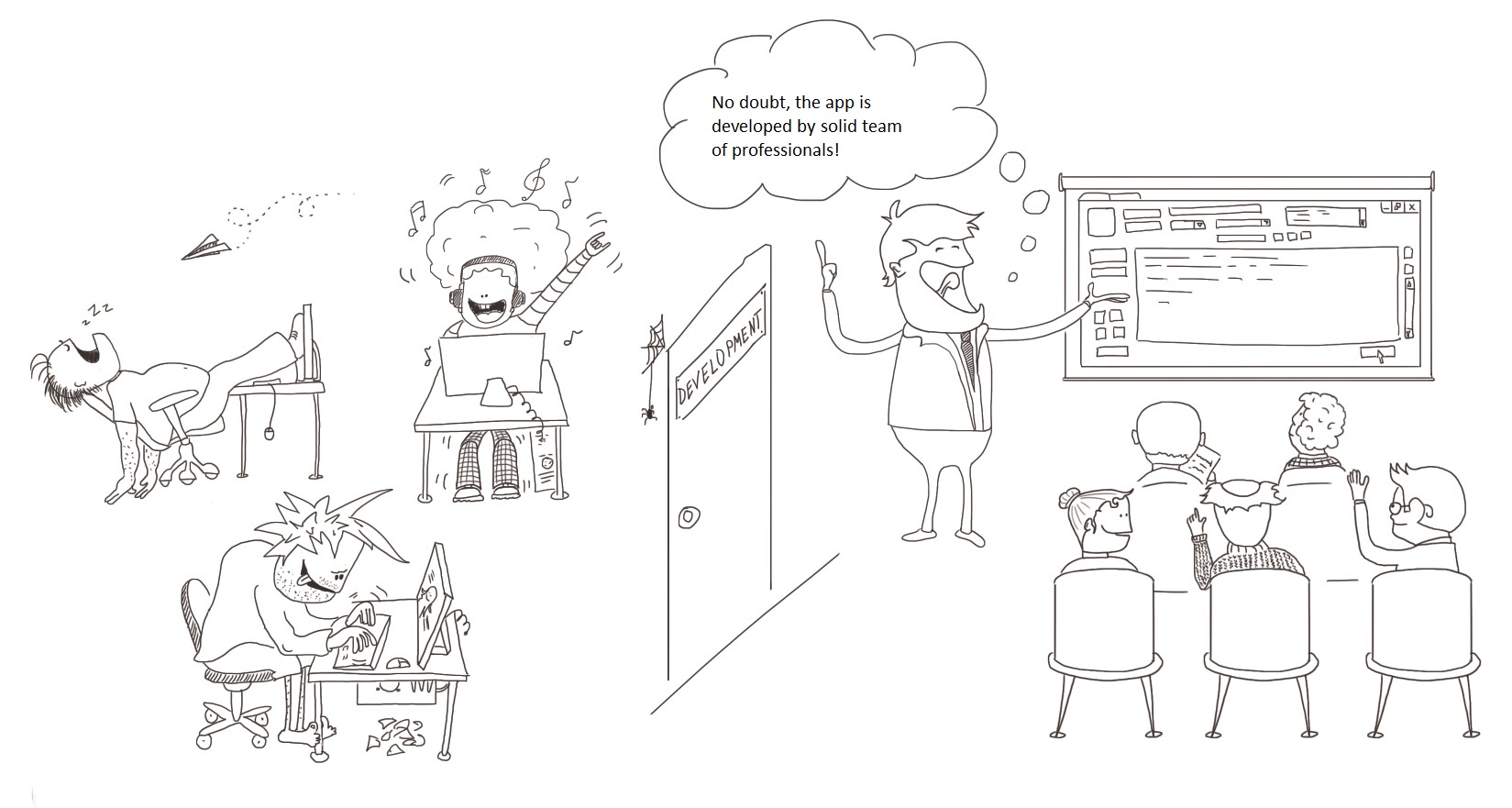