Years ago I worked at a company that maintained a Point of Sale (POS) system written in Delphi. I wasn’t involved in that project (I was developing a medication management system for an assisted living facility), but talking with some of the developers that were working on it I learned that Delphi is very popular in many different vertical markets, specifically Point of Sale systems. So I’m not surprised to see MalyKangurek POS by SoftSystem as the cool app winner for June 2018.

What makes MalyKangurek POS cool is that it is designed specifically around a children's playground with features designed for that specific business niche. It has all the standard POS features including the ability to work with hardware devices like barcode readers, cash drawers, and receipt printers. Additionally it is designed to work great on a touch screen with nice big buttons and on screen input. 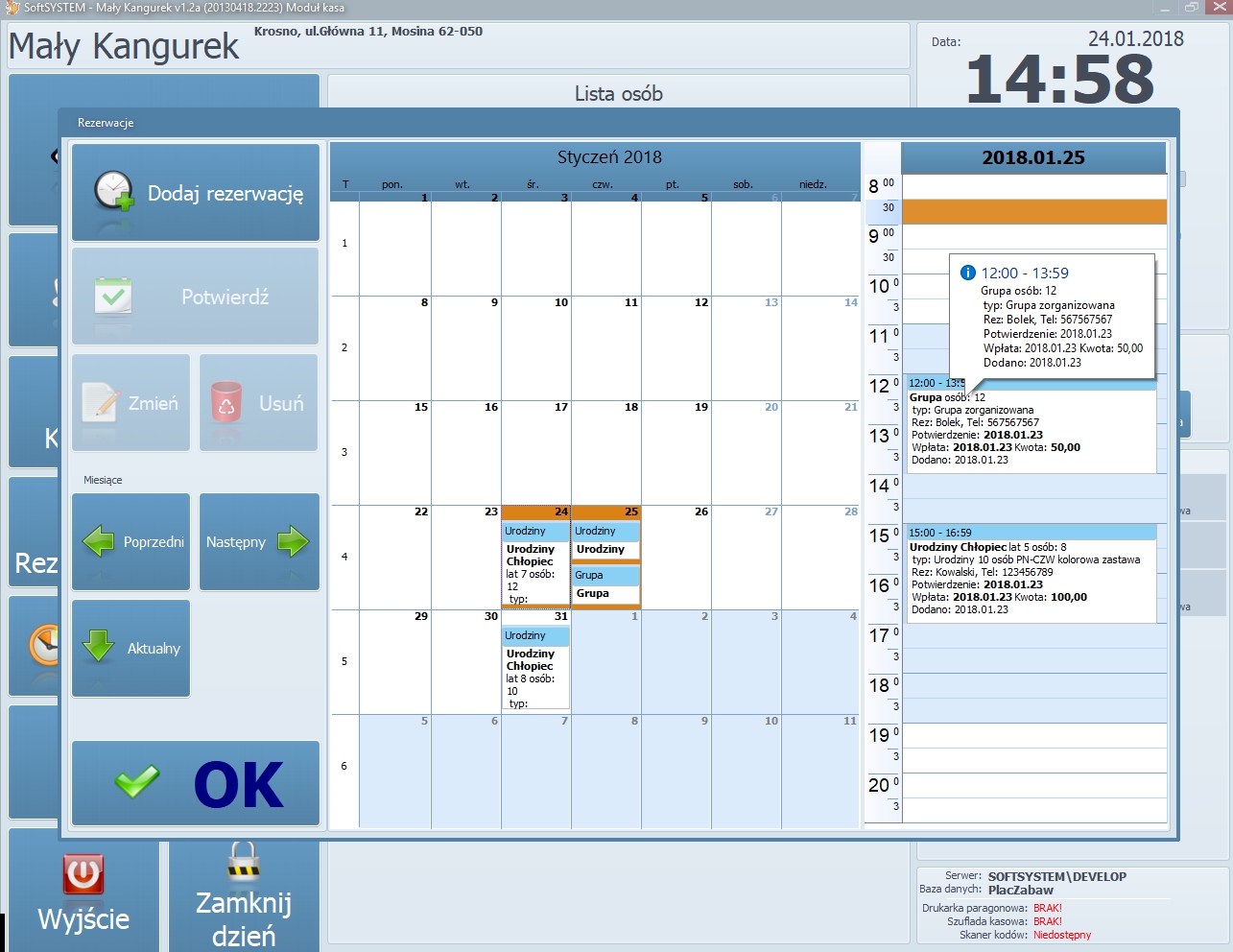 Originally it was created in Delphi 2009 with VCL components, and now it is transferred to the latest Delphi and the FireMonkey platform. It started out targeted the Windows desktop, but now that it is migrated to FireMonkey there are plans to make it available on Android in the future.

When I asked Osmański Przemysław of SoftSystem, the developer of MalyKangurek POS to tell me more about his use of Delphi he said the following:

"Delphi is a great environment for creating applications. I started to play with Delphi in the days of Delphi 2. Later Delphi became my work environment and all the applications I created were created in Delphi. For many years Delphi was the only real visual tool for creating applications. Its advantages are the speed of compilation and the ability to compile to different platforms. In addition, the Delphi community in Poland is very large and helpful to other programmers.

In developing MałyKangurek I learned about external devices such as barcode readers, receipt printers, fiscal printers, time meters etc.The application was written for my wife and her business, but with time it has become an application used in many places. As users made suggestions Delphi made it very quick and easy to make changes and features.

For a while I started developing some of my new software in Visual Studio. Then Delphi 10 (Seattle, Berlin and Tokyo) brought new quality when compared to earlier versions. Now I do not have to worry about changing development tools, and I can devote myself to the pleasure of writing a new cross-platform version of the application in an environment that i know well and like.

Now all my software is developed with Delphi. There are so many new solutions for Delphi, such as UniGUI which allows for seamless development of web applications. I look forward to the future of development with Delphi that will allow me to continue to work with the pleasure that I’ve had so far."

Interested in submitting for the Embarcadero’s Cool App contest? It’s open to any business or consumer application built with RAD Studio, Delphi or C++Builder. Embarcadero awards Cool App contest winners a $500 Amazon gift card and winning submissions are also highlighted on the company’s YouTube channel. For more information on the contest and a link to the submission form click here.