The Floating Form Designer is often commented as one of the reasons many developers still love using Delphi 7 after almost 14 years. In that time Delphi has moved on a long way, firstly moving to the Galileo (docked) IDE, added unicode, 64bit compiler, Generics, Attributes, RTTI (or reflection for .Net people), FireMonkey, cross platform compilers for Mac, iOS and Android, AppTethering, Visual LiveBindings, Refactoring and many more IDE features.

However despite all the cool toys that have come in, a number of developers still love the floating form layout so much they have stuck with Delphi 7 rather than migrating up to newer versions for a number of legacy applications… if that is you… its finally time to get up to the latest version with the launch of 10.1 Berlin! 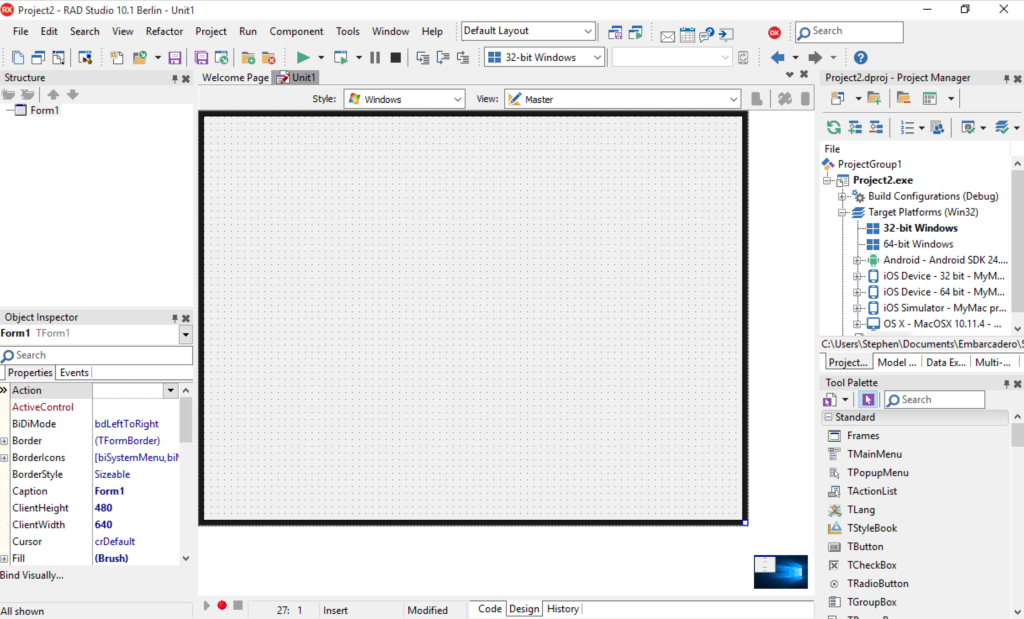 If you want to change to the old floating form designer, choose Tools > Options >  Form Designer. 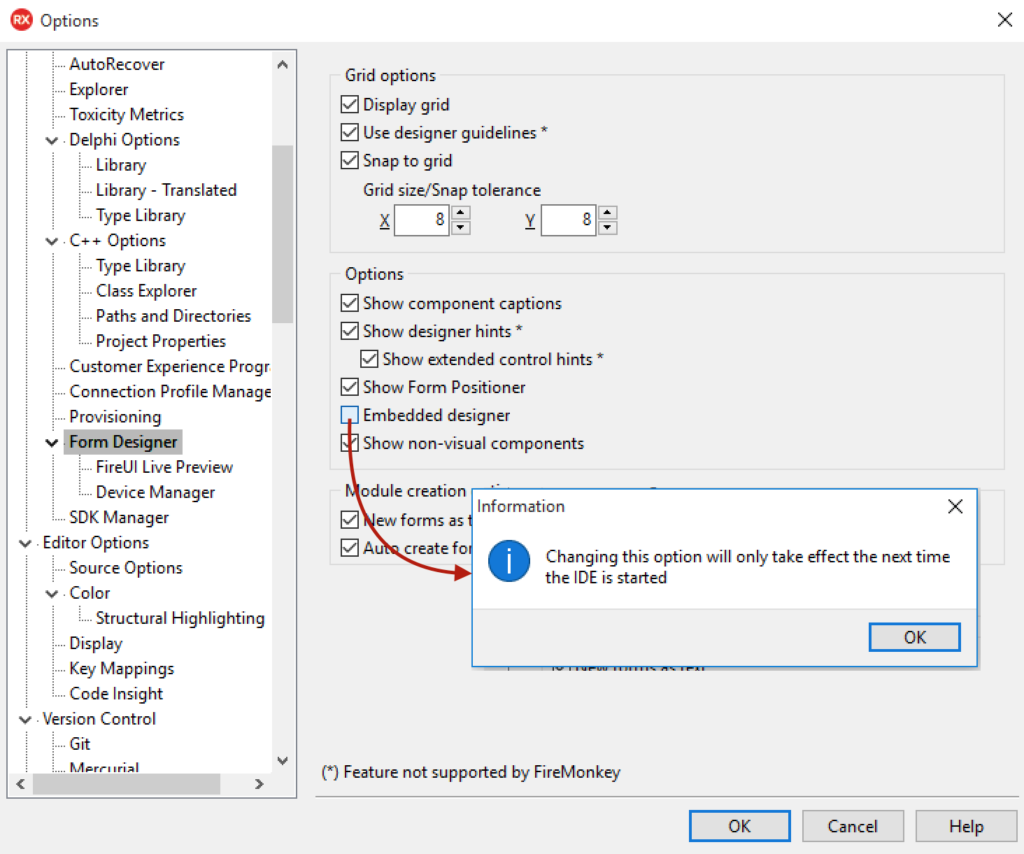 Here you will get a notice that you need to restart the IDE, when you do, you then end up with the classic undocked mode, with the addition of the floating form designer. 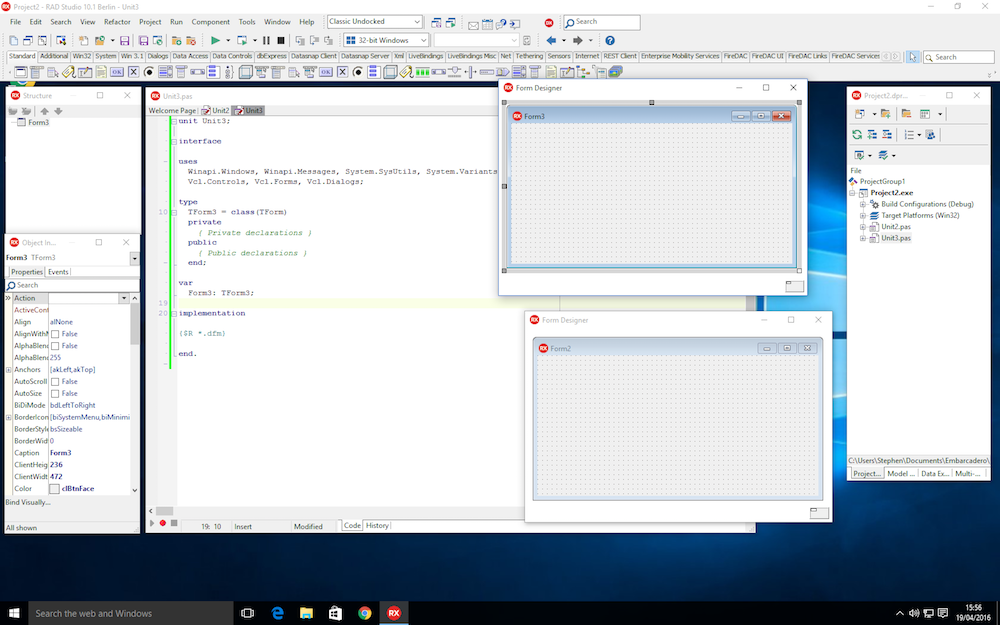