Google has made available to all its Gmail users a Linux Shell to interact with their Cloud Services, called Google Cloud Shell. This shell is a free Debian 7 shell with 5Gb of storage. It is not a VM that keeps running while you are disconnected, but it is a shell allowing you to perform task on a Linux box. Every time the session expires and you reconnect, a new machine is created for you. The 5GB of storage is persistent, though.

It is an online Linux machine you can use… also for running Delphi Linux applications. So, as an experiment, I've written a console app that downloads some RSS feeds data (via TIdHTTP) and dumps it in a local file. The file name is a timestamp:

I've pushed it to a web site, opened the shell, used wget (plus the URL) to download it, chmod u+x to mark it as an executable for the user, and could simply invoke it in the local folder, as in the image below: 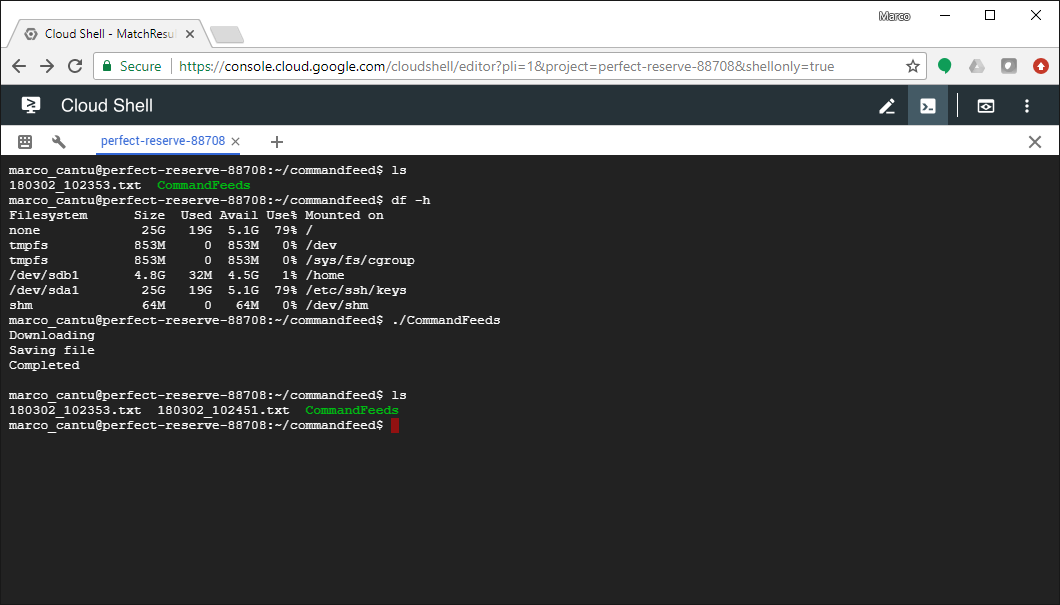 Now the power of this shell comes from integrating with other Google Cloud services, but it certainly nice to have a Linux shell at hand, for free, for running any application including those you build with Delphi Tokyo for Linux.