Get ready for the 10.4 Beta with Update Subscription 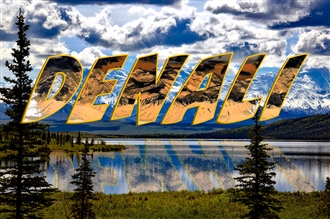 Update Subscription offers many benefits to our Delphi, C++Builder and RAD Studio customers. Besides key benefits such as access to updates, upgrades and technical support, we also invite our Update Subscription customers to participate in our beta program.  Beta testers get early access to test drive new features, provide input throughout the beta cycle, and help shape the next product release.

Being able to participate in the beta by staying current on subscription has been very popular with our customers. It is also very topical since we plan to kick off an NDA beta for the 10.4 release, codenamed Denali, later in March.

Plus some other exciting items that are currently NDA-ed and we plan will appear in a future beta.

Update Subscription customers should receive an email within the next month on how to join the beta program. Participating in the Denali beta requires testers to sign our NDA before getting access to the beta build, beta serial, beta documentation etc.

Not on subscription but interested in joining the beta? Contact your Embarcadero sales representative or reseller partner to upgrade to 10.3.3 and get access to 10.4 when it’s released, along with an opportunity to participate in the 10.4 beta.

At the end of November 2019,  we released Delphi, C++Builder and RAD Studio 10.3.3. With the 10.3.3 release, developers can target the Google Play Store with 64-bit versions of their FireMonkey Delphi apps, simplify their multi-tier application development and deployment of RAD Server through a pre-built Docker image and build C++ and Delphi applications for iOS 13 and Delphi apps for macOS Catalina. Developers can also access over 70+ data sources with an included Enterprise Connector subscription license for Enterprise and Architect edition users.